Lombok island is perfectly located within the golden triangle of Indonesia’s most beautiful places: Bali, East Nusa Tenggara (Komodo Island) and Sulawesi (where you will find a unique tribal culture in Toraja). I have been going there since the early 90s, and it still is Indonesia’s best-kept secrets.

Last year, I packed my bags and joined the team at the Sire, the most pristine beach with stunning views of the famous Gili Islands, for the opening of a new hotel, The Legian Sire. I was there to learn about indigenous healing traditions and natural ingredients to build the wellness concept around for the hotel.

Indonesia possesses great biodiversity, particularly of medicinal plants; 30,000 species of plants, including 1,600 types of medical plants to be exact! But the fictive “Wallace Line” that runs north-south between the Island of Lombok and Bali separates Lombok from the western parts of Indonesia making unique vegetation and Flora & Fauna.

As in most of the tribal cultures of Indonesia, ancient traditional healers (belian as commonly used) are still highly respected in Lombok. A recent survey claimed 27% of West Nusa Tenggara people seek belian for illnesses as well as to manage individual and community issues or they are believed to ward off evil spirits. Indeed, Lombok is not the only tradition where medicine and religion are inter-related: the belian is both priest and doctor. While pharmacological research acknowledges the physical property of plants, it is far more difficult to explain the subtle energy of plants that may impact one’s spirituality. Perhaps by paying more attention to such tradition and more research into folklore and myths will help establish scientific back-up so that we may preserve them for the future.

Through my research, I learnt there are several types of belians with various specialities:

In the treatment, most belian use a various decoction of herbs so I visited one of belian ranak to find out what ingredients and how she cooks them. In the little village tucked in the mountainous road, Ibu belian ranak lives with 3 generation families. She claims to have inherited the knowledge of massage techniques as well as some decoction recipes which she used to assist births of hundreds of babies in the village since she was a teen. As far as she could remember, she should be around 100 years old!

After showing her firm skills of massage on me, she told me that there are 3 main ingredients in traditional treatments; rice, coconut oil, pounded decoction of betel

leaves mixed with other ingredients.

Betel leaf, a vine from the family of Piperaceae, is known to contain several curative and healing properties that aid digestion and issues related to cough and cold. It is also known for its analgesic property. By pounding the leaves, or making juice to consume, it reduces body pain.

Coconut oil is widely known for its health benefits, and on skin level, it reduces inflammation and heals wounds.

Lombok is known for its golden ‘South-Seas’ cultured pearls, and to me, it was pearl powder, not a beautiful piece of jewellery that I was interested in.

Pearl powder has been used as a skincare ingredient for centuries, especially in China and Ayurvedic traditions. It contains a high level of calcium which promotes skin regeneration as well as amino acids which stimulate skin cells to produce collagen. Pearl powder is also said to have antioxidant properties and moisturizes the skin, so it overall has a reputation as the antiaging skincare ingredient.

With the help of local staff, I visited some pearl farms and wholesalers who would sell me some imperfect pearls that are not sellable otherwise. I will just need to find a machine to powder them to blend in with white clay to make an exquisite face mask.

Lake Meno is located between two other Gili islands, larger Trawangan and smaller Air. I discovered the lake salt that had been cultivated for centuries by the villagers. The salt is sun-dried without any additives and depending on the weather, it is harvested just once a year during the summer (July-August). The salt is high in sodium and calcium hence providing healing and therapeutic properties when used in a warm bath, foot or body scrub. One of the family members who run the salt plantation shared an interesting story that whenever the grandfather was unwell he would disappear and found bathing in the salt lake. He would come out of the lake rejuvenated and healed.

Unfortunately, the cultivation had ended several months earlier and they had sold all their salt to nearby villages. But they were so kind as to spare me some of their salt that was used for cooking. How precious!

I am a big fan of volcanic clay – known to remove toxins, impurities, and bacteria from the body but also helps to tone, tighten, and exfoliate the skin. Read more about clay and how you can create your personalised skincare products here.

As I was hunting for raw clay powder, the locals told me no vendor was selling such products in Lombok. Certainly, there are clays available, but they are mostly used to make clay pots and plates. So I headed to a village where the local women produce traditional potteries using pure volcanic clay from mount Rinjani. While the earthy pots are completely organic (they do not use any chemical dye or fixture, but all-natural ingredients) and very attractive, I wondered if I could dry and pound those rough clay and make a face mask out of them. The smiley villagers were happy to spare some of the clay for me to experiment at home.

Life in Lombok is closely grounded to nature, and I witnessed people use the gifts from mother nature so graciously and don’t misuse them. There are so many more natural ingredients I discovered during the trip that I could not cover here. I can’t wait to create some products in my kitchen to see how they can be incorporated in the professional spa treatments.

The Legian Sire is scheduled to open in August 2020. 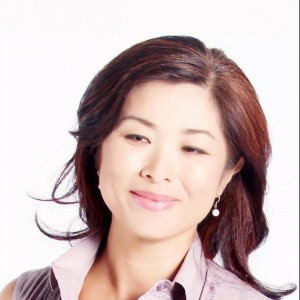 Author of Beauty Confidential book, Tomoka is a regionally recognised Spa & Wellness professional with over 20 years experience. She is the founder of JOJOMOKA Homemade Skincare.
All Posts
PrevPreviousMy Wellness Journal – Japan’s forgotten distillers